« What is probate? | Main | Saving for Retirement through Ages and Stages »

Here’s Where You Don’t Want to Retire

“Some people dream of retiring to new and unfamiliar places, while others stay put in those spots they know and love, whether or not such places are affordable on a fixed income. That’s a choice that comes with consequences, warns personal finance website Bankrate.” 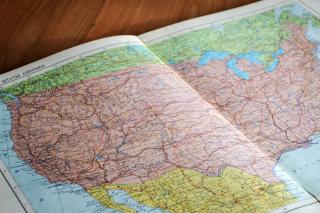 Where you live during retirement has financial considerations that may override personal preferences, says Financial Advisor’s article “Bankrates’ Top 10 Worst States to Retire.” Deciding where to live in retirement, proximity to family and friends, affordable living costs, access to excellent health care and hospitals, good weather and a low crime rate are the key factors. That’s according to a 2018 study from Transamerica Center for Retirement Studies. Therefore, what states should you steer clear of for retirement?

10—South Carolina ranked 50th for wellness and 45 for crime. It’s overall ranking in 41st place is a surprise, given how many Northerners are finding their way to the Palmetto State.

9—New Jersey also came in at 41st place, but that’s because it ranked 48th in affordability. It’s expensive to live between New York City and Philadelphia.

8—California dreaming is great when you’re a Silicon Valley tech billionaire, but despite great weather and a wellness culture, the state ranks at 49th for affordability. It ranks 43rd overall.

7—Oregon has some of the same issues as California – very expensive to live here. The Beaver State ranks sixth in culture, but the price is high.

6—Nevada is finding its way onto a lot of retirement lists, but at 17th in culture and 27th in weather, crime comes in at 40th and 48th at wellness. Tourism is the anchor of the state, and economic downturns take a big hit on the Silver State.

5—Washington is 41st in affordability and 46th overall. It does rain a lot.

4—Illinois is a nice blend of midwestern wide open spaces and big cities, but if you are planning on retiring near Chicago, bring lots of cash. Illinois ranks at 40th in affordability and 49th in wellness. Overall, the state came in at 47th.

3—Alaska is a chilly place to retire, and far from families living in the lower 48. It has become one of the most expensive, dangerous and inhospitable places to live, according to this article. Ranking 38th in affordability, 49th in crime and 50 in weather, Alaska comes in at 48th overall.

2—New York is wonderful for culture, coming in at 7th place, but so expensive that most people prefer to visit. It comes in at 50th for affordability.

1—Maryland’s closeness to our nation’s capital is expensive, ranking 47th in affordability. The weather is mild, which makes it attractive to many, and there’s always something to do in or near Washington, D.C. However, the cost makes it tough for people on fixed incomes. It ranks 50th overall.

The survey found that almost four in ten retirees say they’ve moved at least once after retirement When it comes to relocating for retirement, do more than visit. Rent for a few months, or even a year. If you do move to another state, make sure to update your estate plan. State laws regarding estate planning vary, and what is legal in one state may not work in another.